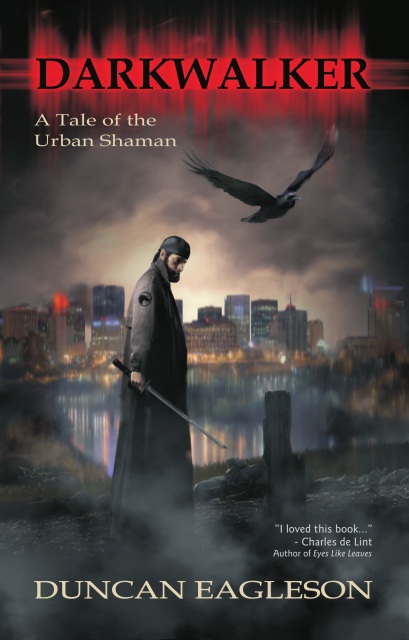 Darkwalker: A Tale of the Urban Shaman

Some monsters are born, others are made...

A supernatural killer is stalking Bay City. City Boss Micah Roth summons the Railwalkers – an Order of warrior shamans – to hunt for the killer the newsfeeds have dubbed “The Beast.” Out in the Zones, Railwalker Wolf and his companions have faced mutants and madmen, animals and demons, but the Beast of Bay City is a predator the likes of which they’ve never seen before. To apprehend The Beast, Wolf will be called upon to face his own private demons, and plumb the depths of the mysterious darkness surrounding his own personal history.